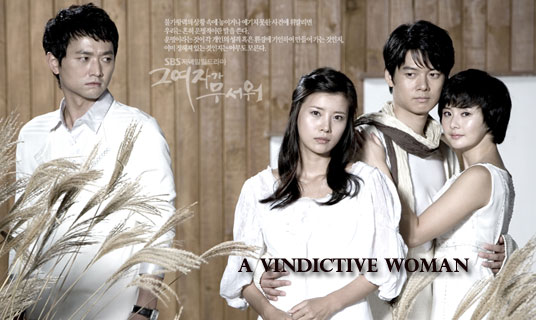 Also known as: That Woman is Scary

Young-rim and Kyung-pyo met in college and they were in love while they endured lonely time together. However, Kyung-pyo who had poor childhood entered a company and met company president's daughter Eun-aeh. While Kyung-pyo decided to break up with her, Young-rim had miscarriage by a car accident which made him think God helped him. On the other hand, Eun-aeh's cousin felt threatened by a new dark horse, Kyung pyo and he started to investigate whether Kyung-pyo had a woman before. Young-rim had a big scar on her face from the accident and she started to rage by realizing that she got betrayed by Kyung pyo.