A Farewell to Sorrow 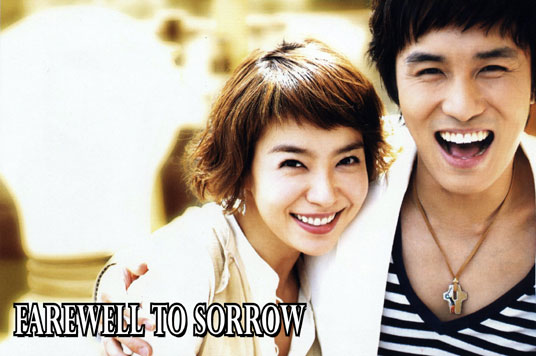 This is a story about the unconditional and all-forgiving love of four brothers who after years of fighting and hatred pull together and reconcile to revive their father’s business. The four brothers, each representing different generations, symbolize ordinary people living in today’s world: Han Sung-jae, the soft-hearted but incapable oldest brother in his 50s, who shoulders the heavy burden of being the head of the family; Han Sang-kyu, the accomplished but selfish second brother in his 40s, who only thinks of getting rid of his family responsibilities; Han Sung-min, the third brother in his 30s who lost his job due to corporate restructuring; and, finally, Han Jung-woo, the youngest one who has just graduated from college and is yet unemployed.

The lives of these four siblings represent the hardships of the unemployed of various generations. This series also asks the question about the genuine meaning of marriage by showing how married couples of various age groups work on their relationships to avert divorce.

Han Jung-woo:Jung-woo has just graduated from a provincial college and is currently looking for a job while helping his family. He has a warmhearted and upbeat personality, and always makes sure to have his say in everything. He always believes in the best and never wastes his time regretting things. He falls in love with Seo-young at first sight but his self-esteem is hurt when he learns that she is a graduate of a prestigious university and comes from a rich family. Nevertheless, he promises to propose to her after he succeeds.

Jang Seo-young:This self-confident woman believes that she is the happiest person in the world, but oftentimes ends up hurting other people’s feelings because of her self-centered and upfront personality. After meeting Jung-woo, she learns the genuine meaning of love from the way he encourages others in hardships.

Park Yeo-jin:Despite her sassy and decisive personality, her heart refuses to give up on Sung-min. When his business goes bankrupt and he ends up divorcing his wife, Yeo-jin is there for him to help him start anew.

Han Sung-min:This intrepid-looking guy is fragile deep inside. His high self-esteem forbids him to make humiliating excuses about his stance. He quit his job at a prestigious corporation and started his own business, but ended up with a huge debt due to the economic slump.