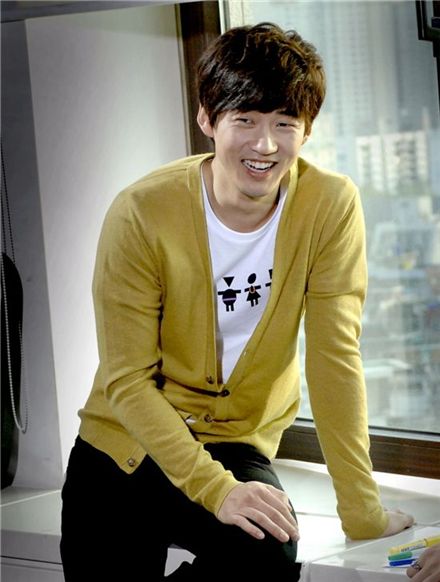 
Actor Yoon Kye-sang will be one of the main members of the cast for upcoming sitcom "High Kick 3," revealed his agency MyNameIs Network on Tuesday.

An official at MyNameIs told 10Asia over the phone that Yoon will appear in "High Kick 3," the third season of Koreas most popular sitcom which is set to go on air on September 19.

The official said that Yoon will play a public health doctor but refrained from giving further details about the role.

"Yoon said he is happy to be in a great show and that he has high respects for the director of the series," said the official, referring to director Kim Byung-ok who also produced "High Kick 1" (2005) and "High Kick 2" (2009).

The official added that Yoon will study his character until mid-July and take part in filming for the show around early August.

Another celebrity who will appear in the series is actress Park Ha-sun who rose to stardom with her role as Queen In-hyeon in MBCs historical drama "Dong Yi - Jewel in the Crown" while Krystal from girl group f(x) is also considering her appearance in the sitcom in a positive light.

Yoon, made his debut in 1999 in the now-disbanded boy band G.O.D and has pursued a career in acting ever since.

Most recently, he also starred in 16-part romantic comedy "The Greatest Love" also led by Cha Seung-won and Kong Hyo-jin which finished its run last week while his latest film "Poongsan" (2011) about a man who freely crosses the precarious DMZ border delivering goods, opened in theaters on June 23.