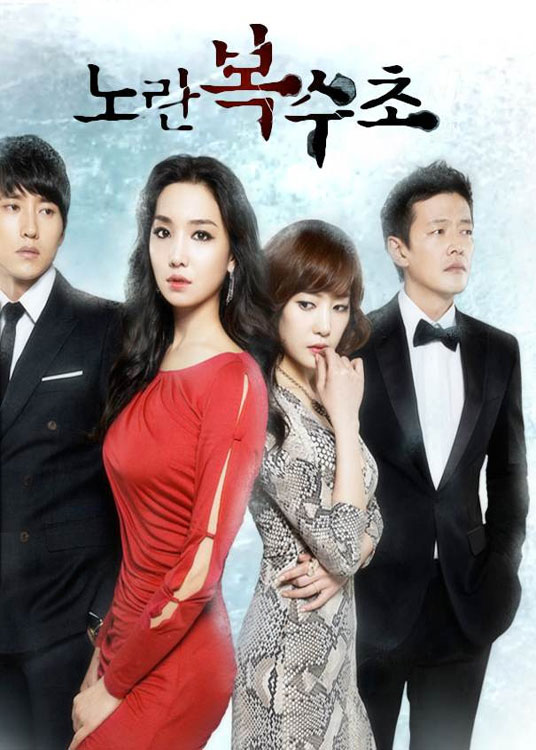 A korean drama about a revenge of a woman who lost everything because of a false accusation.

Seo Yeon Hwa (Lee Yoo Ri) is a nice girl who her life is turned down by her stepsister because being framed as a murderer. Choi Kang Wook (Jung Chan) who grew up abroad and lived in loneliness because of hidden family problems. He fells pity for Seo Yeon Hwa and helps her. Ha Yun Jae (Hyun Woo Sung) is Seo Yeon Hwa's first love but they become enemy because of some reason.