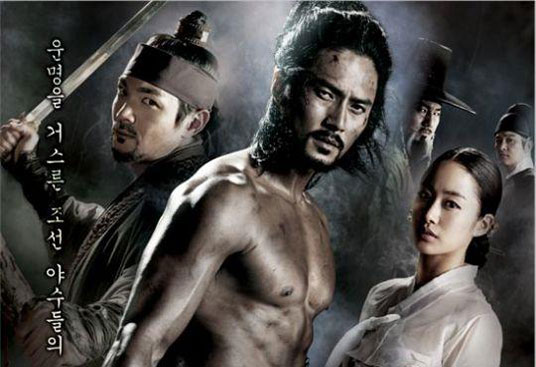 Set in a tumultuous period where the political scene is murky and various people fought to gain power and the throne, the young king will do anything to strengthen his shaky position in court. His childhood friend Baek Rok leads a secret military force loyal to the king, called the "Black Cloud Swords." Baek Rok lives for his king, his brother Baek Kyul and his lover Jung Yeon, but when his ambitious brother betrays him and leads him into a trap, he finds himself on the run. He becomes a slave and gladiator, eventually returning to Joseon to seek revenge.

This is the story of Baek-rock, the leader of 'Black Cloud Swords', a secret military squad for king. Baek-rock was king's childhood friend and his only purposes in life were his brother, Baek-kyul, and his lover, Jeong-yeon. Everything goes down the drain when Baek-rock falls into a trap, which was set by his ambitious brother, Baek-kyul. He becomes a gladiator and returns to Cho-seon, waiting for a revenge. The collision between three people in different positions, the king who did everything to get back in power, Baek-kyul who betrayed his blood brother due to his ambition, and Baek-kyul who wanta his revenge, creates a great suspense in this drama.