YG's U.K. fans to call on YG for concert in UK 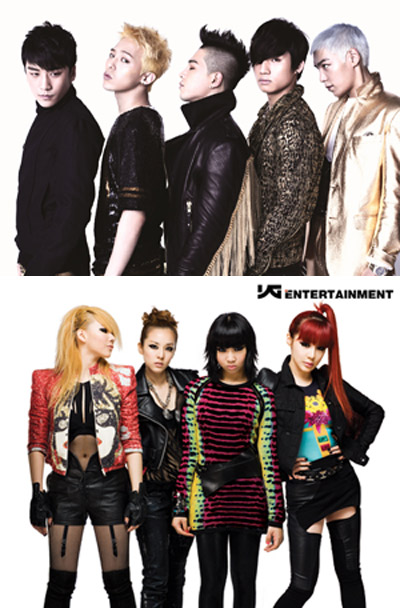 
YG Entertainment's fans in England have organized a flash mob event in an attempt to bring the agency's artists including Big Bang, 2NE1 and Se7en to the country for a concert.

An event page on Facebook named "Bring YG to the UK" (http://www.facebook.com/event.php?eid=179270678794629) has been set up by a couple of their fans who are inviting other fans of artists of YG to gather at Trafalgar Square in London on July 9.

So far, close to 700 Facebook users have agreed to attend the event where they have been asked to dress in "Lollipop Theme(check mv) / UNIQLO Bigbang t-shirts / bright colours, lots of accessories / Dr dre beats headphones," all in line with the fashion of YG's artists, and to learn as much as they can for their performances of a total 16 of YG's artists' songs including those by 1TYM, Se7en, Big Bang and 2NE1.

An official at YG told 10Asia over the phone on Tuesday that they are aware of the flash mob event and are "extremely thankful" for the love and interest shown by fans in the U.K.

"We would like to perform there when a good opportunity comes around and we have been asked to as well, but as of now, we do not know at all when that will be," the official added.

This is not the first time a flash mob has been organized in Europe in regards to a K-pop artist -- one was held in May by fans of SM Entertainment's artists in front of the Louvre Museum in Paris, France which led to the additional scheduling of an SM concert in the country the following month.

SM's fans are also set to hold flash mobs in New York of the United States on July 6 and in Toronto of Canada on July 2.

The artists of both agencies, with Super Junior, TVXQ, and Girls' Generation and f(x) representing SM, are some of the most popular and successful K-pop artists in the country and the Asia region.