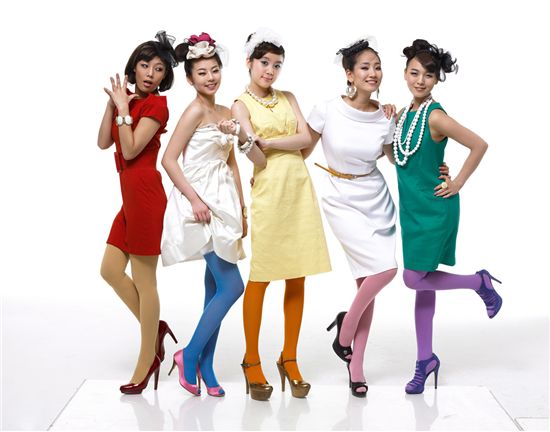 K-pop princesses Wonder Girls have finished shooting the music videos for their U.S. debut album in Korea, according to their agency on Thursday.

"The girls shot their music videos for two days till yesterday in the Gyeonggi Province," a representative from JYP Entertainment explained, adding they will return to the U.S. next week to finish preparing for their album.

Their new album, to contain their title track recorded in three languages including English, Chinese and Korean, will be unveiled worldwide on May 16.

Their music videos were also produced in each language, the first time in the world for such an attempt to be made.

On the day of the album's release, the girls are set to hold a launching party which will air live on online service provider Ustream, followed by a live-chatting session with their fans from all over the world and a live performance by the girls.

Wonder Girls made a splash into the music industry in 2007, quickly becoming one of the biggest pop acts in the country with numerous hit singles.

They are also the most successful group to have made a crossover to the U.S., chosen as the opening act for popular boy band The Jonas Brothers and appearing in radio and television shows last year.

The girls continued to celebrate their success, becoming the first Korean artists in Billboard history to enter the Hot100 chart with their U.S. single Nobody debuting at No. 76.

However, the quintet --composed of Sohee, Yubin, Sun, Yenny and Mimi-- suffered a setback to kick off their singing career in the U.S. full scale when original member Mimi decided to leave the group to pursue her studies. She was replaced with new member Lim in March.