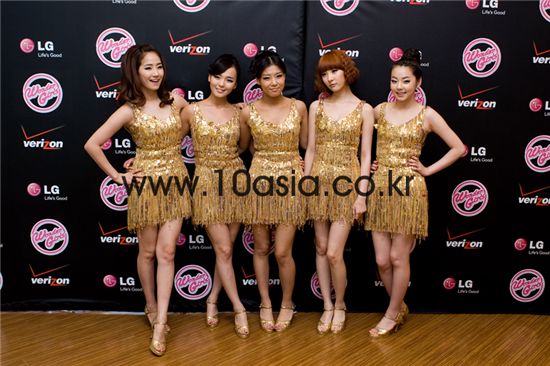 Korean pop group Wonder Girls have announced the details to their first tour in the United States, stating they will perform in a total of 20 cities throughout the country starting June 4.

The girls' agency JYP Entertainment explained through a press release Monday that the five-member group will take off on their "Wonder World Tour" to be produced by Live Nation, a top live events company in the U.S. which organizes shows for some of the top artists in the world including Madonna, Jay-Z and U2.

They had also promoted The Jonas Brothers' tour last year which the Wonder Girls took part in as the opening act for the U.S. leg of their shows.

JYP said that Live Nation offered to promote the Wonder Girls U.S. concerts after watching the girls' perform, making it the first time for the firm to host a tour for a Korean artist.

The schedule and venue for the first nine cities of the tour, kicking off in Washington D.C., have been announced. (shown below)

Wonder Girls, who debuted in 2007, is one of the most successful pop groups in Korea who have had three consecutive No. 1 singles including "Tell Me", "So Hot", and "Nobody".

In October last year, the group's U.S. debut single "Nobody" entered the Billboard Hot100 at No. 76, making them the first Korean artists to be placed on the chart in its 115-year history.