Wonder Girls to perform at 2011 Special Olympics in Athens 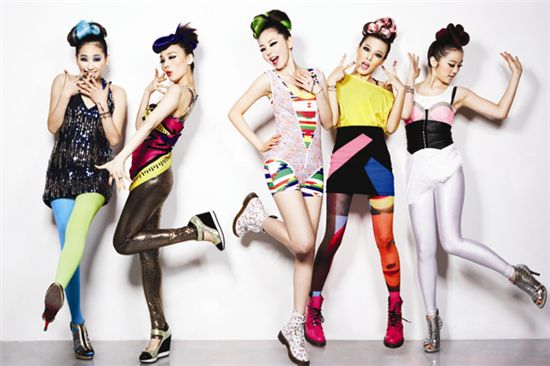 
Wonder Girls has been invited to perform at the closing ceremony of the Summer Special Olympics in Greece next month, revealed their agency JYP Entertainment (JYPE) on Tuesday.

According to a press release by JYPE, the five-member girl group will give a performance at the closing ceremony for the Special Olympics World Summer Games ATHENS 2011 set for July 4.

The group was selected to represent Korea, which is next in line to launch the 2013 Special Olympics, a biannual global sports event dedicated to providing year-round sports training and other educational programs for children and adults with intellectual disabilities which first began in Chicago in 1968.

Wonder Girls will sing their hit dance numbers "Nobody" and "Tell Me" at the ceremony, and later, the traditional Korean folk song "Arirang."

"We are happy and grateful to take part in such a meaningful event," Wonder Girls was quoted as saying in the statement. "We hope to further delight the audience with our songs and help them feel closer to Korea with the performance of 'Arirang.'"

Wonder Girls made their debut in 2007 and has since produced a score of hit songs including "Tell Me," "So Hot" and "Nobody."

The girls crossed over into the pop market in the United States in 2009, taking the stage as the opening act for the famous Jonas brothers and releasing their debut single "Nobody," as well as holding a 27-stop tour in North America last summer.

They are currently recording a new album in New York which is due out this summer.