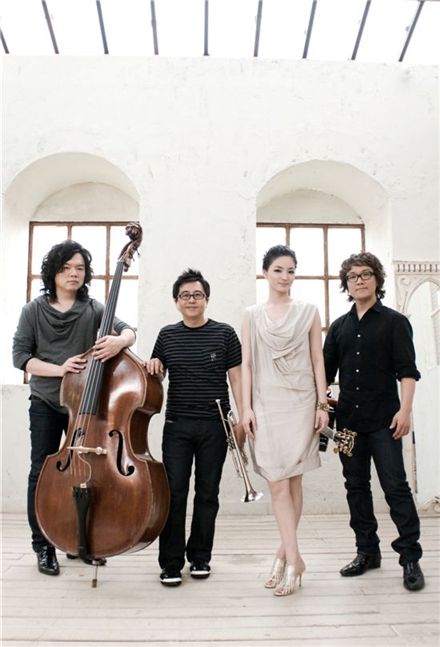 
Korean pop jazz group Winterplay has released albums in Europe and Japan, according to their agency Fluxus Music on Thursday.

Fluxus announced that the jazz quartet released their first overseas album Songs of Colored Love" in London on August 23 and single "Don't Know Why" in Japan yesterday.

The band plans to visit England for a showcase at the Korean Cultural Service located in London on September 10 to celebrate the release of the album and perform at the famous Mayor's Thames Festival, a two-day free outdoor arts festival, the following day.

In Japan, the jazz quartet will take the stage of "Slow Music, Slow Live Festival" in Tokyo on August 29 where they will sing the track "Don't Know Why" for the first time.

Winterplay is composed of Lee Joo-han (leader and trumpet), Moon Hye-won (vocalist), Choi Woo-joon (guitarist) and So Eun-kyu (contrabassist). The jazz quartet made their debut with the first album "CHOCO SNOW BALL" in 2008 with a follow-up single featuring the hit song "Happy Bubble."

Winterplay will be releasing their second full-length album in Korea on September 14.