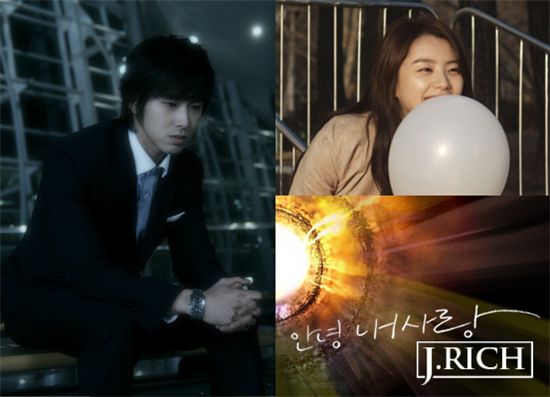 Korean idol star U-Know Yunho is set to star in the latest music video for three-member R&B group J.Rich, according to J.Rich's agency on Friday.

M.root Entertainment explained through a press release that U-Know decided to play the male lead in the video for J.Rich's song "Goodbye My Love."

This will be the first time that U-Know is appearing in another artist's music video. The teaser video featuring U-Know will be unveiled on April 12 through various online music sites.

J.Rich's first album will go on sale in Korea and Japan simultaneously through on and offline music retailers.

U-Know Yunho made his debut into the entertainment industry as a member of the five-man band TVXQ, one of the most successful K-pop acts in Asia with reportedly the largest fanbase in the world.

The group recently made headlines following their announcement that they would discontinue their musical activities as a group in Japan and only pursue individual careers.

They had officially stopped working as a group in Korea since last July when three of its members -- Xiah Junsu, Hero Jaejoong and Micky Yoochun -- asked a court to nullify their exclusive contract with SM, claiming their 13-year contract period is too long.