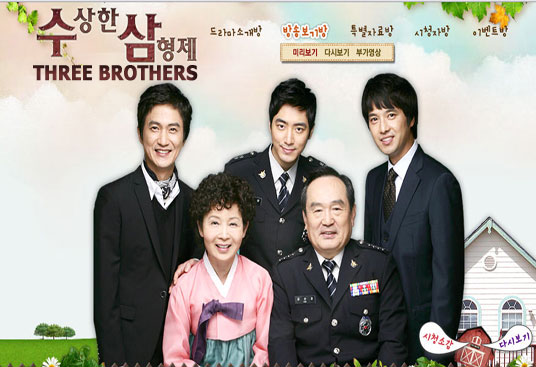 Sun-kyeong is a retired police officer and father of three sons.

He had high hopes for his eldest son Gun-gang, but he has fallen short of expectations almost every time. He has made wrong decisions many times in life, ending up being divorced and going bankrupt. Sun-kyeong was not happy with Gun-gang's decision to remarry Chung-nan, but after finding out Chung-nan's secret, he keeps it unknown and wishes the couple's happiness.

His second son Hyun-chal is the envy of the town and pride of his father. Compared to his older brother, he was not favored as much by his parents as a child, but now he runs a number of businesses which are quite successful. Sun-kyeong always feels indebted to Hyun-chal's wife, Wu-mi who has long sacrificed her happiness for the benefit of the Kim family.

Sun-kyeong feels proud of his last son Yi-sang as he follows in his father's footsteps by becoming a police officer. However, due to the generation gap, oftentimes the father and the son clash each other. As opposed to Sun-kyeong's expectation, Yi-sang married Eo-yeong, the daughter of his deadly foe, an ex-convict Sun-kyeong traced and eventually arrested a long time ago.

The unique three sons and three daughters-in-law! "Three brother" revolves around their relations full of conflicts and love.