The Whitest Boy Alive to hold shows in Korea in March 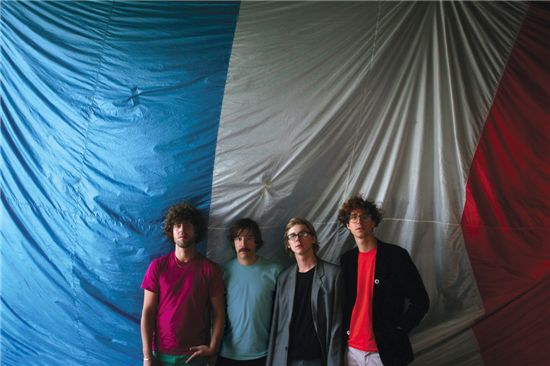 
German-Norweigan band The Whitest Boy Alive are set to hold their first-ever concert in Korea in March.

The concert promoter's Private Curve announced on Monday that The Whitest Boy Alive will rock out on the stage at the V-Hall located in Hongdae of Seoul for shows on March 4 and 5.

They will be singing several of their hit songs including "Burning," "Fireworks," "Don't Give Up" and "Rollercoaster Ride." The group will then head off for concerts in several other countries including Tokyo, Taipei, Manila and Shanghai.

The White Boy Alive first started out as an electronic dance music project in 2003. The four-man band is composed of Kings of Convenience member Erlend Øye, Marcin Oz, Sebastian Maschat and Daniel Nentwig.

They released their debut album titled "Dreams" in 2006 and followed it up with their single "Burning" in 2007. The band produced another album "Rules" in 2009 and was featured in the soundtrack for video game FIFA 10 with their song "1517."