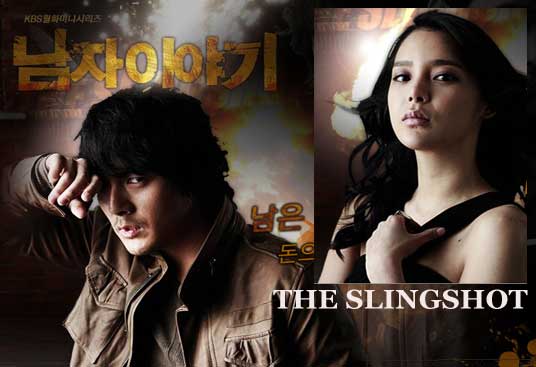 Also known as: A Man's Story

Here is a man who cannot be discouraged by any despair. Now his great revenge begins!!

Kim Shin(Park Yong-ha), a son of rich family, was living as a playboy, but one day his brother's company becomes entangled in a conspiracy of TS Group in the process of merging and closed by bankruptcy. After the bankruptcy, Kim Shin's brother sinks into depression and ends up hanging himself. Due to this incident, Kim Shin sets new goals in his life. He decides to make Chae(the president of TS Group) to commit suicide because of money, and jumps into the stock market. He becomes a cool-headed M&A expert, and makes plans to break TS Group with Do Jae-myeong who has pried into TS Group like him. While trying into TS Group for the revenge, he learns that the president Chae is just a bad guy. Behind all the evil acts, there was the president Chaes son, Chae Do-wu. With the battle of wits between Kim Shin and Chae Do-wu, the story of their complicated relationships with Kim Shin,s ex-girlfriend, Seo Gyeong-a and Chae Do-wu's younger sister, Chae Eun-su unfolds.

The new TV series "The Slingshot" is already drawing acclaim less than two weeks since the first episode aired. Boasting a star-studded cast with Park Yong-ha, Park Si-yeon and Kim Kang-woo, it also features Park Ki-woong, who is shining ever more brightly as the plot unfolds. He might not be as famous as some of the big names, but Park Ki-woong has appeared in many major films, not to mention commercials and soap operas. In "The Slingshot", he plays a character who transforms from an autistic, isolated, emotionally troubled person into the best stock market analyst in the country. "I try to pay attention to every little detail, and give meaning to all the props to best represent the character", he says.