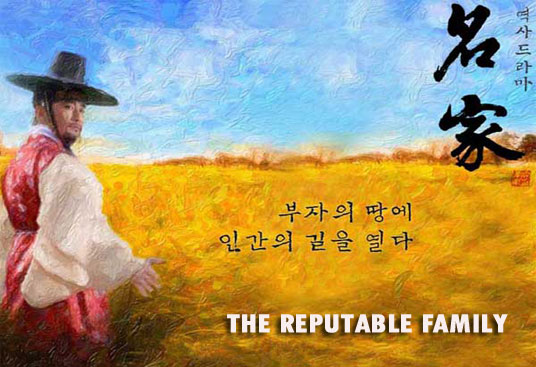 At the time of war, in 1636, Choi Jin-lip donates his fortune to a crowd of refugees out of generosity when they flood into his quiet village. Choi Guk-sun is unhappy with his grandfather being too generous with poor people. Man-gap, one of the refugees, and Kim Man-bae, Jin-lip's tenant, bear grudge against Guk-sun over his arrogance. When being appointed to a higher post in Gong-ju, Jin-lip sets his slaves free and lets them share his land. Before leaving for Gong-ju, Jin-lip leaves his grandson a word of great significance saying "People are the most valuable asset in the world..."

The whole world what Guk-sun believed to revolve around him seems to change. Man-bae's father, Kim Ja-chun buys the land Choi Jin-lip gave to his slaves for free. A group of refugees led by Gil-man takes a commission from Ja-chun. After witnessing all the changes, Guk-sun comes to realize what his grandfather tried to say. Guk-sun leaves for Hanyang to stand on his own feet once he learns the family's decision to put him up for adoption to an affluent family.

Guk-sun happens to settle down at Jang Gil-taek's place where he comes to realize the power of wealth. Aside from Jang's ability to accumulate fortune, Guk-sun sees his cruel side when it comes to making money. Guk-sun feels confused finding a proper answer to the question, "Would it be the right way to live caring only about one's gain while neglecting the poor?"

He gathers villagers and introduces performance-related pay which results in a huge success. Kim Ja-chun and Man-bae start to get nervous about Guk-sun's success.