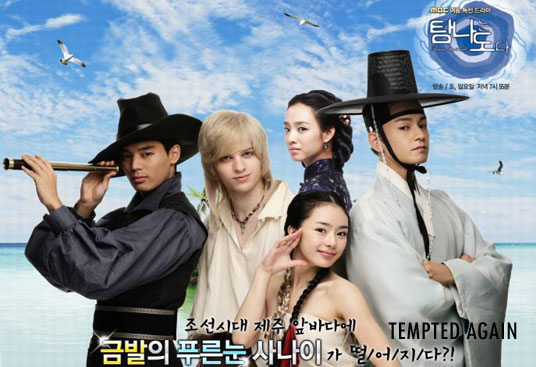 Also known as: Tamra, The Island

Set in 17th century Jeju Island, the plot revolves around a girl diver, a British native and an aristocrat. Add to that four writers and the use of a French actor for an entirely new take on historical romance.

The drama is based on a manhwa with the same title. Tamna the Island is set in 17th-century Joseon times as a young English castaway, William, comes to the island and meets the characters played by Seo Woo, Im Joo-hwan, and Lee Sun-ho. The name "Tamna" refers to what is now called Jeju.