Taming of the Heir 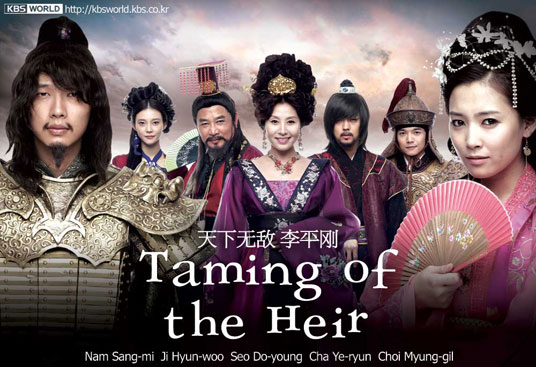 Pyeong-gang moved to Gang-won Province, far away from Seoul as a teen due to her father's occupation. Thanks to him, a renowned golf course designer, Pyeong-gang was able to fully understand every detail of golf course planning while growing up. Her father, however, unfortunately met with an untimely death before completing his ambitious work. Frustrated, Pyeong-gang tried to support the family, but the harsh reality didn't allow her and the rest of the family to live a comfortable life.

8 years later, Pyeong-gang who wanted to follow in her father's footsteps to become a golf course designer, has to come to terms with the reality. She is now the bread-winner of the family, living paycheck by paycheck. She does chores at a resort town where she meets Ondal, the owner's eldest son.

Ondal's charismatic father Pyeong-on demands Ondal pass the semi-pro qualification test in a month .When he fails to make it, Ondal is told that he will be removed from the inheritance list due to his incompetence. To make matters worse, Pyeong-on collapses from a sudden stroke and in the midst of misfortune rumor circulates that Ondal's step mother and her son are going to take over the resort town. Being cornered, Ondal has no other choice but to stand on his own feet, but for Ondal who lacks competence and determination, retaking the resort is beyond his capacity.

Ondal and Pyeong-gang on bad terms with each other from the first time they met, join hands and Pyeong-gang's journey to taming the spoiled heir finally begins!

Taming of the Heir Trailer