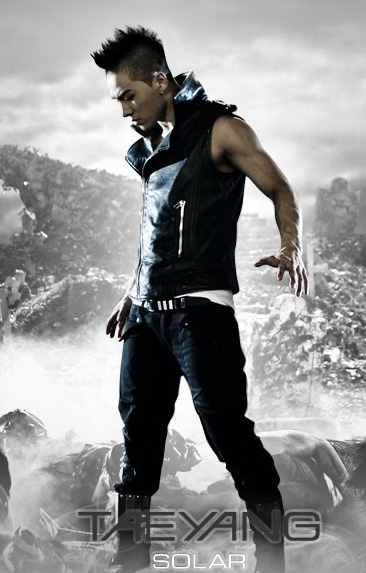 According to the official iTunes website, Taeyang's international release, which simultaneously went on sale locally and internationally yesterday, has placed at No. 2 in Japan, No. 3 in Australia, No. 5 in Canada and No. 6 in the United States.

The new album, featuring the title track "I'll Be There," contains ten previous releases as well as two new songs and a bonus DVD with all of his music videos and behind-the-scene-footage.

Taeyang had entered the iTunes chart for the first time in July with his first full-length album "Solar," placing atop Canada's chart and third on the U.S. chart, making him the Asian artist to reach the highest ranks on the charts.

Born Dong Young-bae, Taeyang was the first member of Big Bang to debut as a solo artist, releasing his first mini-album "HOT" in May 2008. He has produced various hit songs including "Prayer," "Look Only At Me" and "Wedding Dress."

He had promoted his first studio release "Solar" and the title track "I Need a Girl" last month and is busy preparing for his first solo concert to be held at Seoul's Kyung Hee University on September 25 and 26.