TVXQ's break to cause financial losses to Japanese agency 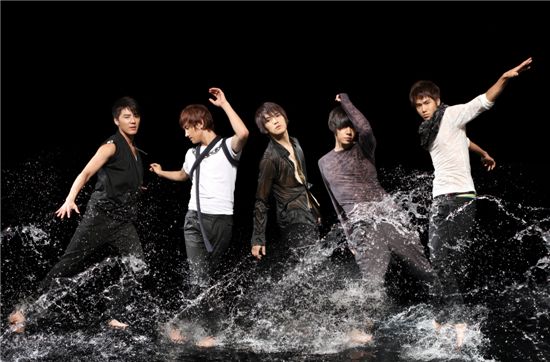 Korean boy band TVXQ's recent announcement that they will be ceasing their musical activities as a group in Japan is expected to take a hefty financial toll on their local management agency, according to Japanese entertainment site Zakzak (www.zakzak.co.jp).

The Japanese talent agency, known for discovering new talents and venturing into the movie business, is said to have been taking various measures to overcome their recent business difficulties which included downsizing their board of directors from thirteen to seven earlier this month.

AVEX announced on their official website last Saturday that the boy band, currently involved in a legal dispute with their Korean talent agency SM Entertainment, will be halting their activities as a group but the members will continue to pursue their individual activities.

Matsuura Katsuhito, president of the agency's mother company AVEX Group Holdings Inc., had revealed his shock at the news on social networking service Twitter, saying "You have no idea how big a hit AVEX has taken. It is hard for me to talk about this because I have to consider the standpoint of Korean agency SM Entertainment, but I will try to make [TVXQ] remain for [the group's] Japanese fan club 'bigeast'".

The five-man band had officially stopped working as a group in Korea since last July when three of its members -- Xiah Junsu, Hero Jaejoong and Micky Yoochun -- asked a court to nullify their exclusive contract with SM, claiming their 13-year contract period is too long.

TVXQ, who debuted in 2004 with album "Hug", is one of the most successful K-pop acts in Asia. They reportedly have the largest fanbase in the world, and have enjoyed great success in the Japanese music industry in particular.

Last week, the group made music chart history in Japan, becoming the first foreign artists in 15 years to place their single and album simultaneously within the top three slots of Oricon's singles and albums chart.