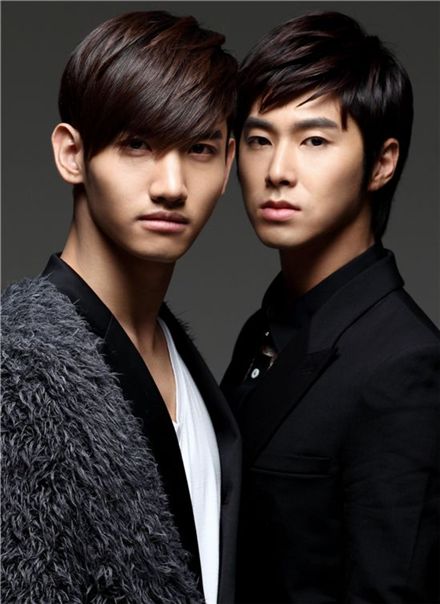 
Korean idols TVXQ has continued to cause huge waves in the Japanese music market, topping the prestigious Oricon's weekly singles chart with their latest release.

TVXQ's recent single "Why (Keep Your Head Down)," which was released on January 26, has sold over 231,000 copies to place at the No. 1 spot on the chart, according to the official Oricon website as of Tuesday.

The last time the group had topped the same chart was their 29th single "BREAK OUT!" last year which sold over 256,000 copies, making them the first foreign artist to have their singles rank first and second after a week of going on sale.

TVXQ's song "Why (Keep Your Head Down)" has also taken over several other music charts in the country including mobile music chart Recochoku, iTunes, Mu-Mo, Dwango and music.jp.

Meanwhile, the duo will hold a fan meeting on February 2 at Makuhari Messe in Chiba of Tokyo which hosted a number of concerts by international artists such as Rage Against the Machine, Red Hot Chili Peppers and Rihanna.

TVXQ, formerly composed of five members Hero Jaejung, Mickey Yuchun, Max Changmin and U-Know Yunho, enjoyed high popularity throughout Asia as one the leading dance groups in K-pop scene since their debut in 2004.

However, after disputing with agency SM Entertainment over the unfairness of their 13-year exclusive contract, Jaejoong, Yuchun and Junsu halted their activities as TVXQ and instead formed trio JYJ.

TVXQ is now a duo group led by two remaining members Changmin and Yunho have been busy promoting "Why (Keep Your Head Down)" in Korea as well which has topped a number of online and offline music charts in the country since release in early January.