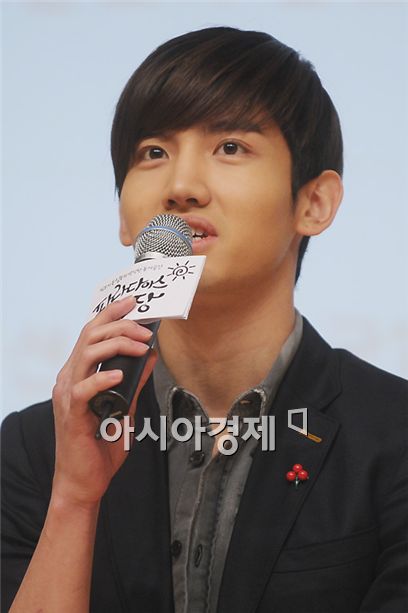 He made the remark on Tuesday during an event to celebrate the final episode of SBS' Monday and Tuesday drama "Paradise Farm," which ended its run on March 15, held in front of local fans and reporters at the SBS Hall in Seoul, South Korea.

"I want to thank everyone for watching the series," Changmin said. "I am filled with mixed emotions since the show that I was in for two months has ended."

In "Paradise Farm," Changmin plays the role of Han Dong-joo, a grandson of a conglomerate who has a harsh yet loveable personality that ends up living with his ex-wife named Lee Da-ji, played by Lee Yeon-hee, while developing a resort on Jeju Island.

"I felt it while shooting the drama and I feel it now too but everything still feels new to me. I want to express my gratitude for the people who gave me this opportunity and please show your support and love for Lee Yeon-hee and myself."

Shim Changmin and actress Lee Yeon-hee attended the event for the final episode of "Paradise Farm" where fans were shown the special highlight video, given gifts and took part in a photograph session.

Shim, Lee and the cast of "Paradise Farm" will hold press conferences and interviews in Japan till April to promote the show in the country which will begin its air on Japan's Digital Adventure TV in May.