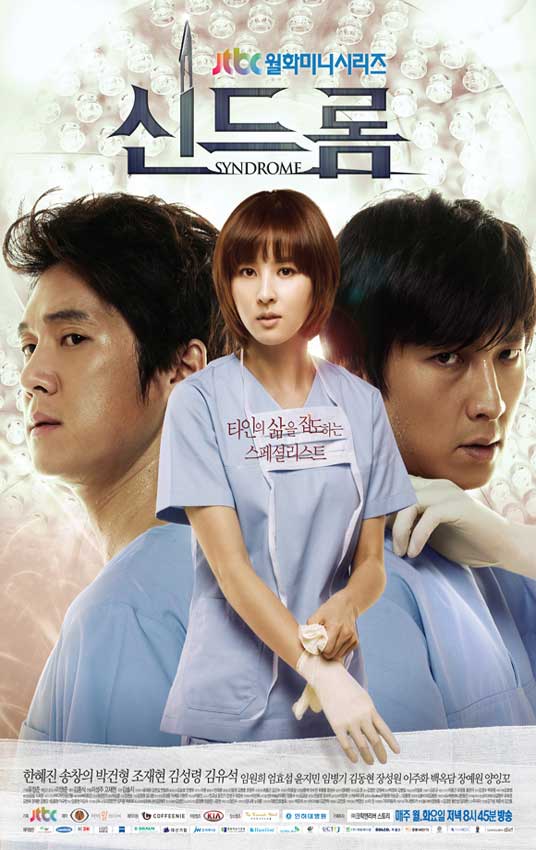 This korean drama, Syndrome, is a medical thriller drama which is set in the neurosurgery departments.

A family of surgeons with complicated ties perch at the top of the hospital hierarchy, with son Cha Yeo Wook deciding to follow his parents' footsteps by becoming a neurosurgeon. Lee Hae Jo (Han Hye Jin) is a talented intern who joins the department despite having a less priviledged background than Cha Yeo Wook (Song Chang Ui), and the two develop a bickering friendship while the mysterious doctor Kang Eun Hyun (Park Gun Hyung) also shows an interest in Hae Jo.