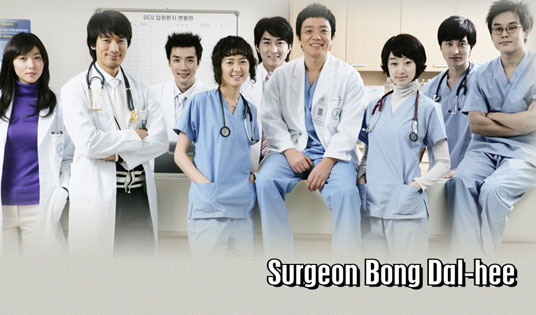 Dal-hee is a young doctor who graduated from a lesser-known medical school than her fellow doctors and suffers from a heart condition. She starts her first year of residency at the department of Thoracic and Cardiovascular Surgery and this TV series follows her trials at work. A medical TV series that follows the lives of young doctors who deal with setbacks, deaths, patients, and tensions on the job as they grow into full-fledged doctors! Set amid the surgery department of a hospital, this is story about love and marriage among four doctors – First year resident Dal-hee, Cardiothoracic surgeon Ahn Joong-geun, General surgeon Lee Gun-wook, and Pediatrician Cho Moon-gyeong.

Dal-hee (actress Lee Yo-won) has had a frail health since she was a young girl and her condition made her want to become a doctor so that she could cure diseases. But in the first year of her residency, she undergoes a heart operation and this forces her to give up her dreams of ever becoming a doctor. She returns to her hometown where she finds work at a local public health clinic but she can not forget her lifelong dream. With little expectation, she applies for a residency at a general hospital in Seoul and she is accepted due to a shortfall of applicants. Finally, she is able to reach for her dreams again by starting her residency. But she has to complete the 100-day on-call duty in her first year and she tries harder than any other doctor to do her best but she keeps on making small mistakes that leads to serious complications for her patients. As Dal-hee overcomes the prejudices and misperceptions held against her by her peers, she finally gains the respect of her fellow doctors and completes her residency in three years. During those years, heart specialist Ahn Joong-geun(actor Lee Beom-soo) and Dr. Lee Gun-wook(actor Kim Min-joon) develop a rivalry at the hospital to become leading doctors and they also fall in love with Dal-hee. But Dal-hee's health begins to deteriorate because of the grueling working hours at the hospital. She refuses to listen to the advice of her doctor and continues to work. Because of her health, she tries to take it easy at work but Joong-geun steps up the pressure when he finds her taking breaks. Dal-hee realizes that curing patients has made her life fulfilling and so she relies on her mental edge to keep her going at work but one day she collapses in the middle of an operation. That incident put her entire career on hold...