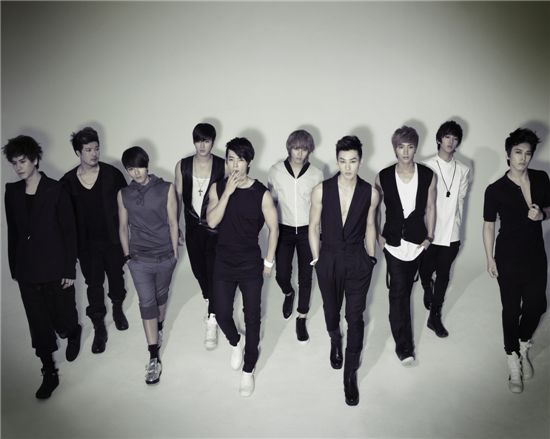 A press release from SM on Friday had announced that the repackaged album will go on sale today featuring four new tracks that have been available online, as well as 11 songs from the original record.

New songs include the follow-up single "No Other," a more powerful remix of "Shake it Up" and tracks "All My Heart" and "A Short Journey" which were written by the members of the boy band.

"No Other," written by leader Lee Teuk and Super Junior subgroup Super Junior-M member Henry, is a ballad with an acoustic guitar background that expresses the warmth of the song.

Meanwhile, "A Short Journey" written by Eunhyuk, composed by Donghae also featuring Kang-in has a fresh melody and simple yet repetitive chorus. "Journey" will be released as a digital single with proceeds from the sales to be donated to help the less fortunate.

The boys are known as the most popular K-pop acts in the country and throughout Asia with hit albums "Don't Don" and "Sorry Sorry" and they held two sold-out concert tours in 2008 and 2009 titled "The 1st Asia tour - Super Show" and "Super Show 2."

They have been promoting their latest song "BONAMANA" as a ten-man band as members Kang-in, Kibum and Hangeng have decided to take a break from group activities.

"BONAMANA" has topped numerous online and offline music charts since its release on May 13.

Super Junior gave their final performance of "BONAMANA" on the special edition episode featuring the most popular singers from the first half of the year on KBS' televised music show "Music Bank" over the weekend.