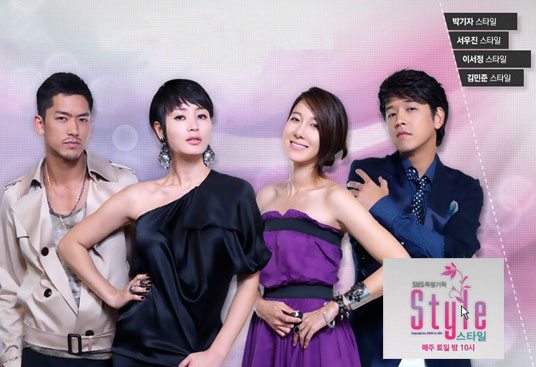 Park Ki Ja (Kim Hye Soo) is the perfectionist editor at Style magazine. She's extremely confident, stubborn, & self-centered, but also has a killer fashion sense. In her youth, Ki Ja dreamed of studying at Parsons The New School for Design in NYC, but her hopes were crushed after the Korean economic crisis led her father to commit suicide. Soon after her father's death, Ki Ja's mother moved to Canada, but Ki-ja stayed behind in Korea. At the time she couldn't leave her boyfriend Seo Woo Jin (Ryu Shi Won) behind, who was studying to become a doctor. But, Woo Jin eventually dropped out of medical school and moved to New York to become a chef. Since that time, Ki Ja has worked her way up from a lowly assistant to a highly respected editor.

Meanwhile, Woo Jin did become a chef and eventually returned to Korea to open a restaurant. His restaurant named "Mackerel" became a hit, especially with the ladies. Woo Jin himself is quite the ladies man, having good looks and exemplary culinary talents. He then meets Ki Ja again as well as her assistant Lee Suh Jung (Lee Ji Ah).

Lee Suh Jung has worked as Ki Ja's assistant for over a year. Even though she has come close to having a nervous breakdown because of her demanding boss. Seo-jeong initially hoped to become a writer, but because of her financial situation took a part time job at Style magazine. When Seo-jeong meets Woo-jin she becomes enamored with him. She knows that Woo Jin is Ki Ja's ex boyfriend but she can't control her feelings for him.

Lastly, Kim Min Jun (Lee Yong Woo) is a photographer at Style magazine. He follows Ki Ja around like a lost puppy dog due to his overwhelming feelings for her. Because of Ki Ja, Min Jun has stayed at Style magazine even when better offers came calling. When Min Jun notices the attention that Woo Jin receives from both Ki Ja and Suh Jung he feels jealous.

Park Ki Ja is the chief editor of a famous fashion magazine company called Style. Editor Park has a gorgeous appearance as well as outstanding abilities in journalism. However, she has a strange personality and nervous temperament. She is not liked by her juniors because of her excessive passion for work. The character is similar to Miranda in The Devil Wears Prada. Editor Park is the boss of Lee Seo Jung and clashes with her about everything.

Lee Suh Jung is a 26-year-old assistant for the features team. She is a mere beginner with just one year of experience. However, Suh Jung overcomes the difficulties of working at the bottom of Styles corporate ladder. She has to deals with office politics, fierce competition in the fashion world and the luxury goods industry.

Seo Woo Jin is a former plastic surgeon who currently owns a restaurant. He appears in front of Suh Jung just as she is facing the biggest crisis of her life  she is betrayed by her boyfriend whom she has been with for three years. Woo Jin also happens to be ex boyfriend of Editor Park.

Kim Min Joon is a photographer at Style magazine. His character will explore homosexuality (or bisexuality) through Min Joons one-sided interest in Woo Jin.