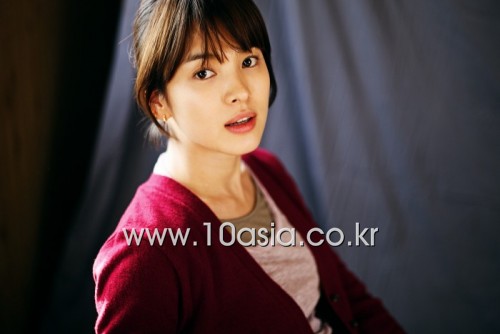 
Actress Song Hye-kyo and actor Song Chang-eui have been cast in new film together, according to actor Song's agency BOM Actors on Tuesday.

An official at BOM Actors confirmed over the phone that the two actors will star in a film tentatively titled Nobody Somebody which is aiming for release in May of this year.

Actress Song will play a female TV producer who goes through much pain after losing her fiancee through an unexpected car accident and actor Song, her friend.

The movie now half-way into filming is director Lees first film in eight years. She is well-known for her 1998 film Art Museum By The Zoo.

She also appeared in drama "The World That They Live In" (KBS, 2008) and made headlines for dating her co-star Hyun Bin. She has also done work on the big screen including "Poetry" (2008) and the Asian omnibus pic "Camellia" (2010).

Last year she made her first Hollywood debut with a psychological thriller Fetish (2010) helmed by Sohn Soopum in which she played a woman with supernatural power who attempts to possess the body of her neighbor to steal her husband.

Actor Song Chang-eui debuted in 2002 through musical Blue Saigon and has appeared in several dramas after shooting to stardom through TV series "Golden Bride" (SBS, 2007).

He currently appears in musical Gwanghwamun Sonata which features the hit songs of singer-song writer Lee Moon-se and the late-composer Lee Young-hoon, set to premiere on March 20. He also serves as a voice actor to local animation Green Days co-directed by Han Hye-jin and Ahn Jae-hoon. 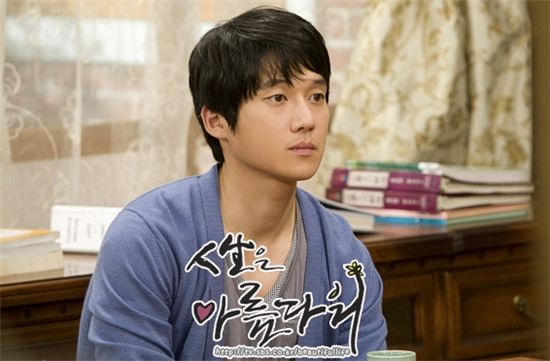