So Ji-sub, Han Hyo-joo to begin shooting new movie Only You 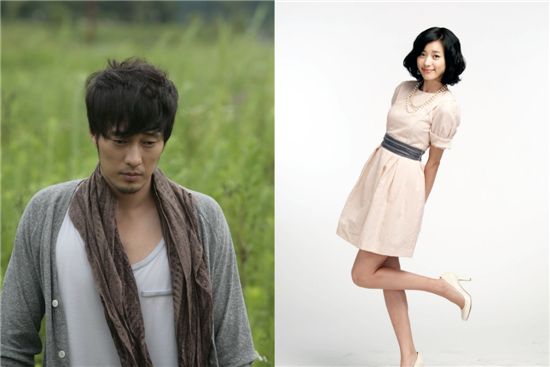 
Hallyu star So Ji-sub and actress Han Hyo-joo will film their upcoming new movie starting this month, according to the film's producer Showbox on Tuesday.

Showbox announced in a press release that production for the movie "Only You," starring So and Han as the leads, will crank in at the end of this month, while the film is set to open in theaters in fall.

"Only You," helmed by critically acclaimed director Song Il-gon whose previous works include "Flower Island" and "Spider Forest," tells the love story between a former boxer and a woman who gradually loses her eyesight. So will play a boxer with a rough personality yet gives his all to the one woman he loves, to be played by Han.

Han, 24, rose to stardom throughout Korea and Asia after starring as a heroine in several hit dramas including "Brilliant Legacy (2009)" and most recently appeared in historical drama "Dong Yi - Jewel in the Crown. (2010)"

This will be her first time since 2009 to take a role on the big screen since starring in "Postman to Heaven" also featuring JYJ member Jaejoong.

So, 33, is one of the most popular actors in Korea and has appeared in numerous TV dramas and movies since his debut in 1996. He became a household name in Korea and Asia with his roles in 2004 hit series "Something Happened in Bali" and "I'm Sorry, I Love You."

Most recently, he starred in MBC's war epic "Road No. 1" alongside Hallyu star Kim Ha-neul and Yoon Kye-sang.