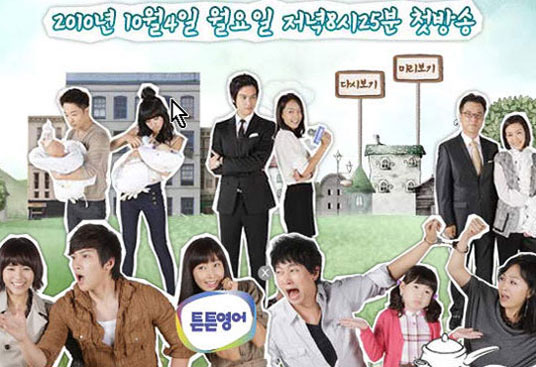 Dong Hae was raised in America by his beautiful but unmarried and mentally deficient mother, Anna Laker, who was adopted there. He goes to Korea for a short-track skating competition and brings his mother along in secret, arranging for her to be picked up at the airport by his girlfriend, Yoon Sae Wa, an ambitious TV announcer who harbours a secret disdain for Anna's disability. Dong Hae meets Bong Yi, a poor assistant chef, when Sae Wa prioritizes her job and sends her to meet Anna instead. After Sae Wa later betrays him, Dong Hae begins to search for his father, creating a new family and finding new romance along the way.

The drama is about Donghae's journey of finding love and building a family in Korea, his home country that only gave him hurt and painful memories. The mother of Karl Laker (Korean name Donghae) was a single mom and an adoptee from Korea. He has lived hard to protect his intellectually stunted mom. Now they're back in Korea, the country that abandoned them. Donghae has come to marry his girlfriend but he is again betrayed. In the course of events, he finds his biological father and also new love.

Be strong and Smile Again: Like a dandelion surviving the freezing winter inside a well, the characters hold on to their dreams and hope amid tribulations. One hard working family trips over a rocky outcropping and abruptly falls to the bottom, but the love between family members enable them to rise again.

Pure, innocent love is a thing of the past in this modern day. The drama seeks to give light to the fading true meaning of love and marriage and the associated responsibility. The young couple marries quickly and divorces quickly. The elderly couple weathers their lives together. The middle-aged couple struggles to work out their marriage. And one woman does not forget her one true love of the past.

It is their warm story, at times comical and serious, of love and marriage.