Sistar chosen as PR ambassador for music show in Thailand 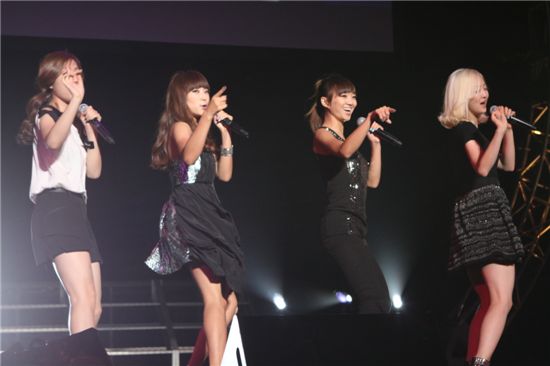 
Korean girl group Sistar have been appointed as the PR ambassadors for a music program in Thailand, according to their agency Starship Entertainment.

On Tuesday, Starship announced that the girls will be the publicity ambassador for "Teen Superstar TV show" in Thailand, which is similar to Korean music show Superstar K or U.S. show American Idol.

"The show, which is scheduled to air on Thailand's M-Cut TV, will be promoted in Thailand and Korea through a large event," an official from Starship was quoted as saying.

The agency continued to explain that Sistar, who will also act as the PR agents for Modernine TV and K Channel for four months, will be in Thailand next Monday for a press conference to be attended by 100 local media officials.

Sistar, composed of members Hyorin, Soyou, Dasom and Bora, released their debut single "Push Push" in June this year. The girls returned to the local music scene with their second single "Shady Girl" which ranked in the top 3 of several online and offline music charts.

The quartet, who recently began their music careers in Japan, were the only female group invited to perform at a music festival in the Thailand last month alongside several other K-pop idols.