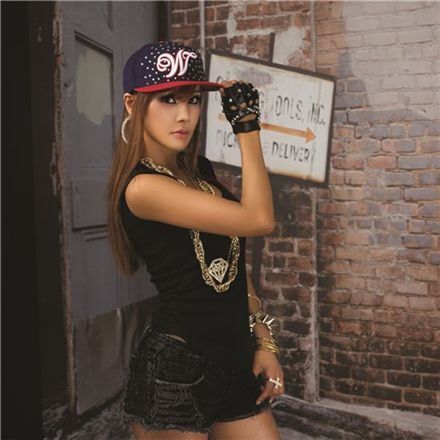 
Korean songstress Mina has come atop the singles chart of China's biggest online portal, according to her agency WP Entertainment on Wednesday.

WP explained in a press release that Mina's second Chinese single "Single Party" took to the No. 1 spot of the singles chart of QQ.com, one of the most popular instant messaging computer programs in mainland China, in just four days of its release on June 24.

Other Korean singers listed on the same chart were girl group 2NE1 at No. 30 and boy band 2PM at No.104 while Mina's album also secured the top slot on QQ.com's Korea-Japan singles chart.

Competition is known to be stiff on the singles chart with local Chinese singers as well as those from Hong Kong and Taiwan all competing for the position.

In the meantime, a satellite channel in China's Yunnan Province will air an hour-long program featuring Mina later today where she will perform six songs including her recent hit number "Single Party" and take part in the talk show segment of it.

Mina, 38, debuted in 2002 with her first album "Rendezvous" and has since released three more regular albums, two singles and one digital single.

She first advanced to China in 2007 and recently established her own local agency there last month, releasing albums in both Korea and China. 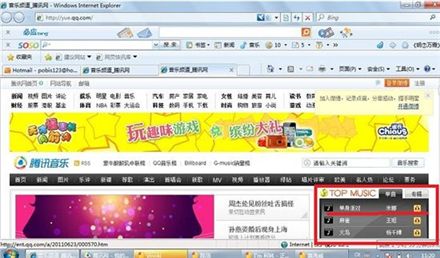 Mina's single "Single Party" marked as No. 1 on TOP MUSIC chart of QQ.com [Capture from QQ.com]