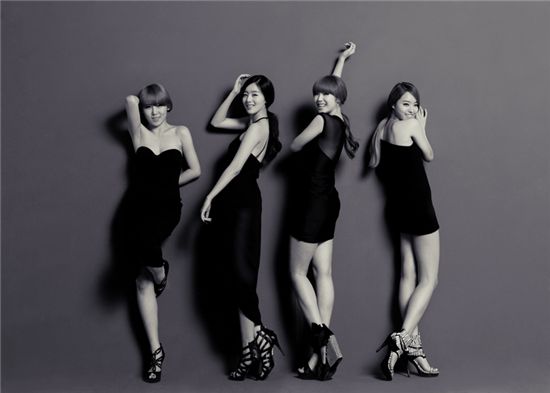 
Four-member girl group Secret stormed up to the top of Gaon's singles chart with their latest song "Madonna" during the week of August 15 to 21.

"Madonna," the title track from their second mini-album of the same name, jumped up 15 spots from the previous week, pushing former winner "They Live Well" by 2AM's Changmin and 8eight's Lee Hyun down to second place and "I'm a Guy Like This" by hip-hop trio DJ DOC also by a slot from last week to No. 3.

Secret, composed of members Jun Hyo-seong, Han Sun-hwa, Song Ji-eun and Zinger, made their debut in October 2009 with their debut single "I Want You Back" and released the followed up track "Magic" in April.

"Madonna" has topped several other online music charts since its release on August 12.