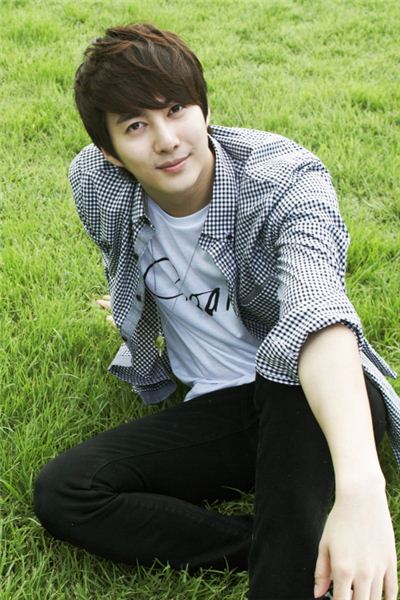 
SS501 Kim Hyung-joon has been cast the main male character of actor Kang Ji-hwan's musical "Cafe In," making it Kim's first attempt at a musical role.

S-Plus Entertainment, in charge of managing the careers of both stars, said that Kim will play the double role of Jimin and Jung-min in the year-end run of the musical of which Kang is a producer.

Kim started rehearsing for his role yesterday, practicing both singing and dancing, as well as exercising to get into shape for the show set to start its run on November 24 at the Baekam Art Hall.

"I'm very nervous and excited because it's a musical which has received great praise from both musical officials and the audience," Kim was quoted as saying. "I will use my six-year experience on stage as a singer as foundation for the role and do my best with the determination and passion as a newly debuted musical actor."

The show's producer SH CREATIVE WORKS said, "Kim Hyung-joon is someone with all the basic qualifications a musical actor needs including a presence on stage, good looks and proven dancing and singing skills."

The show, about a love story between a sommelier and a barista, ended its most previous run just yesterday, after showing at the Art One Theater in Seoul for two months.