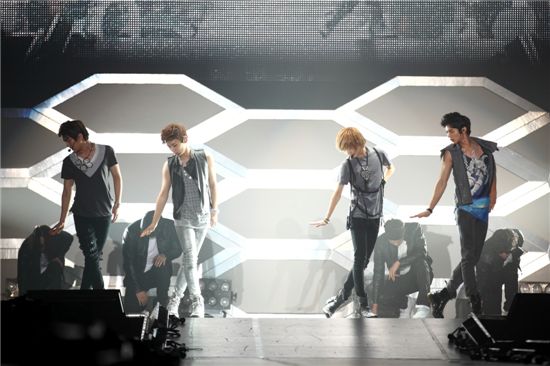 
Artists at top talent agency SM Entertainment held their "SMTOWN LIVE in TOKYO" concert this week, attracting over 24,000 fans to the two-day concert held in Japan.

According to a press release by SM on Thursday, the show, held for over three and a half hours at Yoyogi National Stadium on January 25 and 26, featured all of SM's singers including Kangta, BoA, TVXQ, Super Junior, Girls' Generation, SHINee, f(x), J-Min and Jungmo of TRAX.

BoA sang to Audio Technica's CM song "I See Me" recently released in Japan while Girls' Generation and SHINee performed to the Japanese versions of their respective hit songs such as "Gee," "Genie," "Run Devil" and "Stand By Me."

Male duo TVXQ staged their new songs "Why (Keep Your Head Down)" and "MAXIMUM" for the first time in Japan and followed it with Japanese hit song "Somebody To Love."

Meanwhile, it was also announced that two additional concerts, on April 9 and 10 at the Tokyo Dome, would be held in Japan due to the enthusiastic response their Japanese fans have shown -- SM had said some 400,000 fans had competed to buy tickets for this week's shows.

SM Entertainment, founded by former singer Lee Soo-man in 1995, is one of the most influential entertainment agencies in Korea alongside YG and JYP Entertainment, well known for raising popular singers that date back to the times of H.O.T. and S.E.S. in the late 90s. 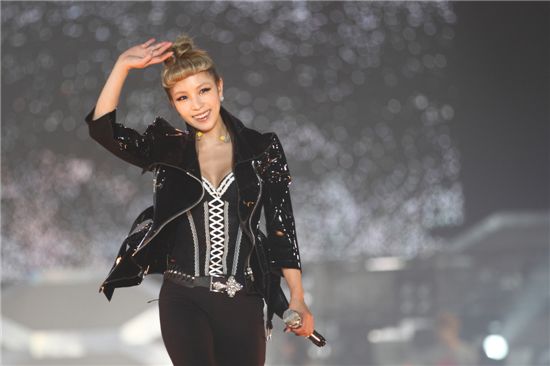