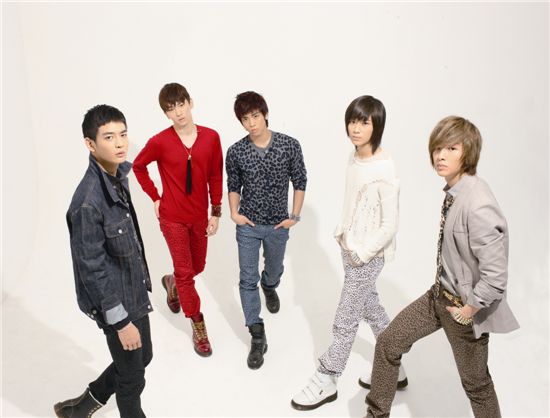 
K-pop sensation SHINee will unveil their title track from their upcoming repackaged second album tomorrow, according to their agency SM Entertainment.

On Wednesday, SM announced that the boy group's title track "Hello," also the name of the new record, will be released on various online music websites including MelOn, Dosirak, Bugs and Cyworld on September 30.

The repackaged album features a total of 16 songs, including the title track "Hello," and two new additional songs "Hana," a soft R&B ballad, and hip-hop tune "Get It," as well as 13 songs originally from the boys' second studio release "LUCIFER."

SHINee, composed of members Jonghyun, Minho, Taemin, Key and Onew, was discovered and trained by SM Entertainment in 2008. They had been promoting "LUCIFER," which has sold over 100,000 copies since its release on July 19.

The boys will begin promoting "Hello" with their comeback performance on KBS televised music program "Music Bank" on October 1.