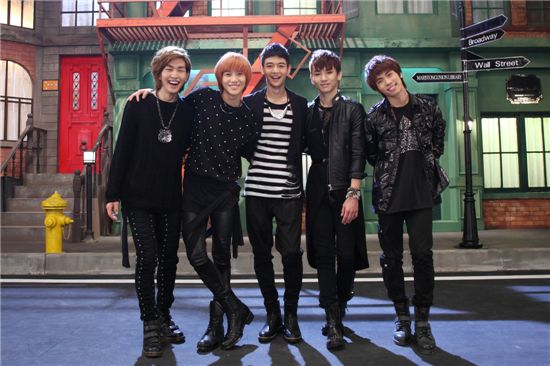 
Korean boy band SHINee will release the teaser video for the title track from their repackaged album today, according to their agency SM Entertainment.

On Thursday, SM announced that they will unveil the teaser clip for "Hello" on the group's official website (http://shinee.smtown.com) and on the agency's official YouTube channel (www.youtube.com/sment). It will also reveal the boys' latest concept for their upcoming new album.

"Hello," also the name of the group's repackaged second record, will be available on various online music sites including MelOn, Dosirak and Bugs, while the album will go on sale on October 4.

SHINee's second full-length album "LUCIFER," which "Hello" is based on, has sold over 100,000 copies since its release in mid-July.