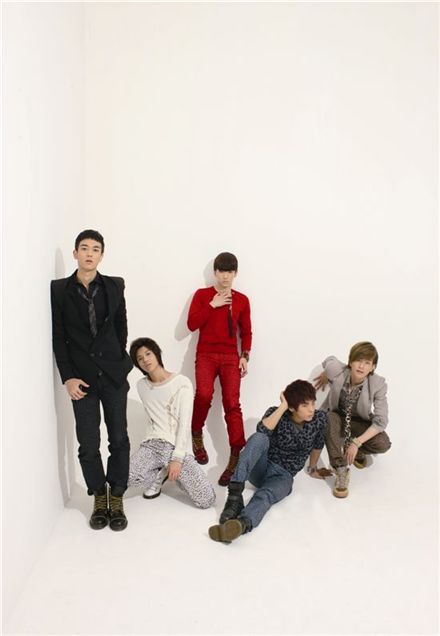 
Korean boy band SHINee will be returning to the local music scene with their repackaged album next month, according to their agency SM Entertainment on Monday.

SM announced that the group, who have topped various music charts in Korea, Japan, Thailand and Taiwan with their second studio release "LUCIFER," will release a repackaged second album titled "Hello" on October 4.

Hello, also the name of the title track from the upcoming release, is an R&B pop track that features the groups mellow vocals and a clear rhythm with synthesized sounds.

Most recently, SHINee, discovered and trained by SM Entertainment in 2008, had been promoting "LUCIFER," which has sold over 100,000 copies since its release in mid-July.

The group will begin promoting "Hello" through a comeback performance on KBS' Friday televised music show "Music Bank" on October 1.