Rufus Wainwright to hold first concert in Korea next month 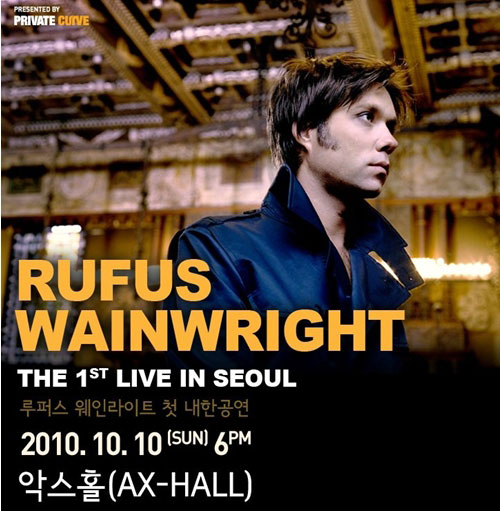 
Canadian American singer-songwriter Rufus Wainwright will hold his first ever concert in Korea next month.

He will take the stage for "The 1st Live in Seoul" to be held at the AX-Korea located in Gwangjang-dong on October 10.

Born to famous folk singers Kate McGarrigle and Loudon Wainwright, Rufus began his music career at the early age of 13, touring with his family and sister Martha.

He released his first studio album titled "Rufus Wainwright" in 1998 which won him praise as best new artist and the album best record of the year by the prestigious Rolling Stone magazine. He has released a total eight albums and two DVDs to date.

He has also branched out into film, television and theater, having appeared in film "The Aviator" and contributing to various movie soundtracks.