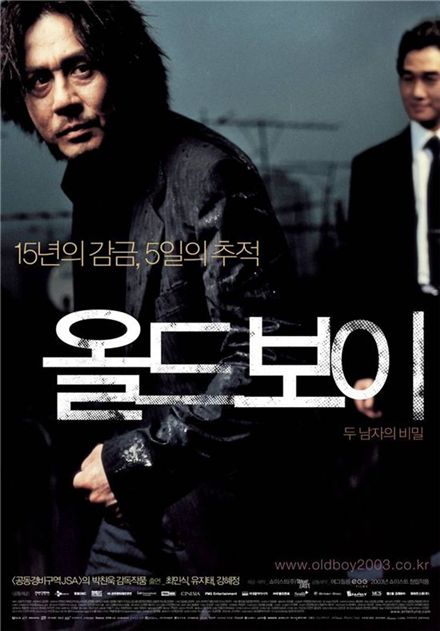 Rotten Tomatoes' official website revealed on Wednesday that famed Korean Director Park Chan-wook's "Old Boy" was listed as one of the "15 Movies Out for Revenge" amongst other internationally known revenge films including "Kill Bill," "Leon: The Professional," "Mad Max," "Get Carter" and "Hamlet."

The site explained that "Old Boy" is considered to be a "stylish thriller, famous for its brutal imagery and an impressive single-take fight scene......helped expose contemporary South Korean cinema to an international audience and established the country as a reliable source of similarly gritty crime films."

"Old Boy," starring actors Choi Min-shik, Yoo Ji-tae and actress Kang Hye-jung, tells of a man named Oh Dae-su (played by Choi) who is kidnapped without reason and is set free one day. He goes on a hunt to track down his captor where he finds out he was a target of vengeance.

The film, which is the second installment of Park's vengeance trilogy, won the Grand Prix at the 2004 Cannes Film Festival and received high praise from the President of the Jury, director Quentin Tarantino. In 2008, "Old Boy" was named one of the ten best Asian films ever made by CNN. 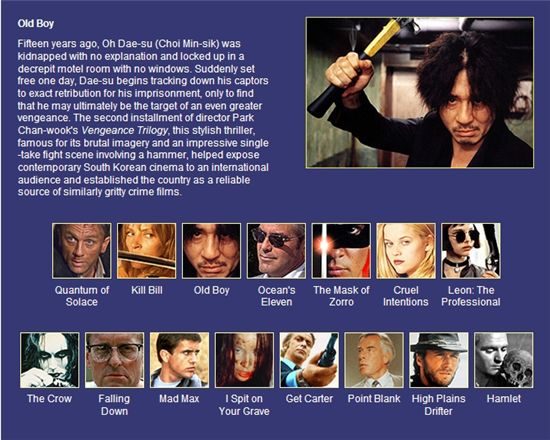