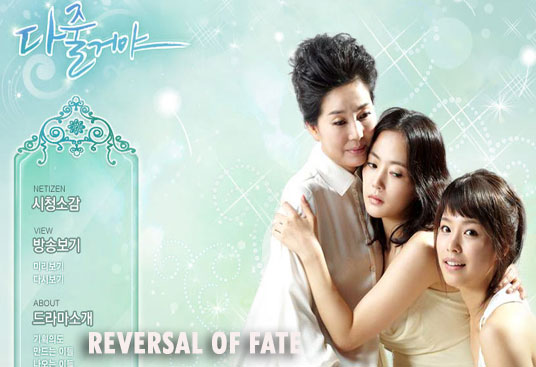 Also known as: I'll Give You Everything

27 years ago, Bo-yeong, who suffered the trauma of being a child out of wedlock, began her career as a teacher in a small village. Alone in a remote place, Bo-yeong was approached by Jeong-gil who introduced himself as a single bachelor. Their relationship became serious over time to the point where they promised to marry each other. Bo-yeong who craved for affection, gave her all to Jeong-gil and became pregnant.

However, Jeong-gil turned out to be a married man and his wife, Yong-sim, and mother-in-law, who learned his affair, assaulted her in front of him. Betrayed by Jeong-gil who helplessly let Yong-sim and mother-in-law humiliate her, Bo-yeong decided to get back at them.

One day, Bo-yeong and Yong-sim happened to give birth to their daughters at the same hospital. Bo-yeong deliberately switched the new-born babies in an act of revenge and in the hope of her own daughter being raised in an affluent environment. While raising Yong-sim's daughter, Bo-yeong did not care about her at all, and as a result Yong-sim's girl felt deprived of love. Bo-yeong only wished her real daughter's happiness. The two girls had to live a life full of ups and downs due to their parents' wrongdoings. Yet, contrary to Bo-yeong's expectation, things were going the other way around.....