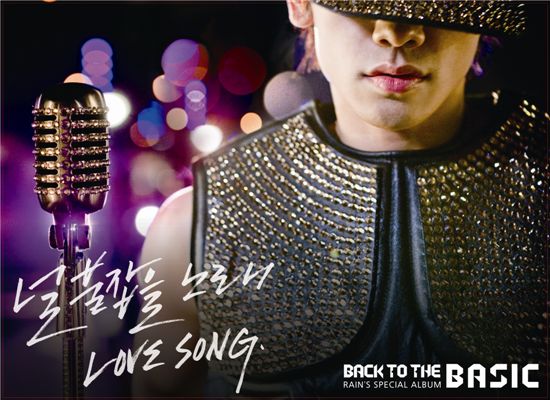 Korean pop star Rain's newly released album is rapidly gaining popularity, with his entire album listing within the top 10 on a number of music charts.

All the tracks from "BACK TO THE BASIC," unveiled yesterday at midnight, has placed within the top 10 of several online music real-time charts including Monkey 3 and social networking site Cyworld.

"The latest tracks from his new album are rising on the charts at a high speed," explained an official with Monkey 3. "'Love Song' had made its debut at No. 3 earlier this week."

Rain, 28, made his debut into the local music scene in 2002 releasing a self-titled album, soon becoming a noted entertainer in the industry with his singing and acting abilities.

He starred in the hit series "Full House" and "Sang Doo! Let's Go To School!" and ventured into Hollywood appearing in the action film "Speed Racer" and martial arts picture "Ninja Assassin."