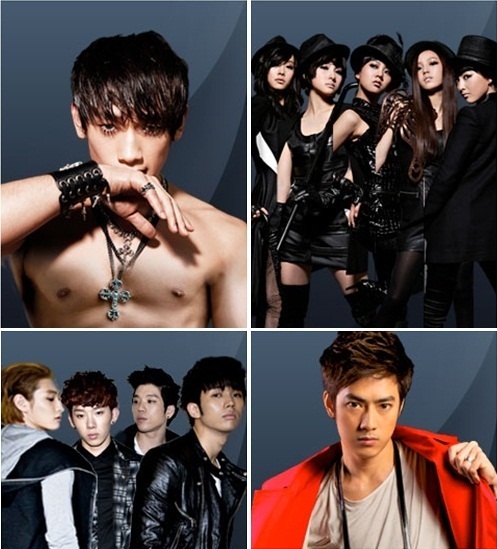 2nd line-up of Asia Song Festival (from left to right): Rain, Kara, 2AM and Film


The second line-up of performers have been announced for the upcoming 2010 Asia Song Festival (ASF), to be held in Korea later on this month.

According to a press release by PR agency Prain, Korean superstar Rain, four-member boy band 2AM, girl group Kara and international stars including Japanese group AKB48 and Taiwanese singer Film will take the stage at the Olympic Park in Seoul for the event on October 23.

Top Hong Kong star Jackie Chan, the honorary chairman, and Lee Min-ho, the Goodwill Ambassador for Korea's UNICEF, will be promoting the event which brings top artists from around the Asian countries to Korea each year.

Proceeds from the festival, hosted in collaboration with UNICEF to celebrate Korea's hosting of the G20 summit in November, will be donated to children in Pakistan.