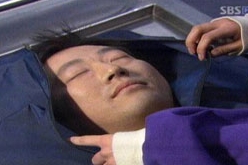 It was a death befitting for Yoon Ji-hoon (played Park Shin-yang) and the drama. The final episode of "Sign," which began with the shocking scene of the death of the main lead, revealed the kind of ending that showed there was no other choice for him in the world filled with such "repeated practices," just the way Ji-hoon's death had been thoroughly planned. Yoon, who had fought hard to hear the final words the deceased had to say, chose to become one of the dead voices himself in order to bring out the hidden truth and so the final episode of "Sign" became filled with Ji-hoons voices through flash backs and re-enactments of his actions.

The recipients of Ji-hoon's "desperate signs" therefore, did what they had to do in their respective positions, and with it, honored his final choice. Woo-jin (Uhm Ji-won) stops a fellow prosecutor, bribed by a higher official, from manipulating Yoons death case while Yi-han (Jung Gyu-woon) finds a decisive clue at the murder scene seemingly erased of all evidence and Da-kyung (Kim A-joong) the heir, the lover and a true partner to Yoon, discovers the exact cause of his death by conducting an autopsy of his body herself. By fulfilling their duties to the best was how the conviction of the dead got passed down to those who lived. The part where the scene of Ji-hoon transferring the dead body of Seo Yoon-hyung in the first episode overlapped with the scene of Da-kyung transferring Ji-hoons body in the final episode, was truly electrifying in the sense that it precisely implied the history and future responsibility of those who live on. 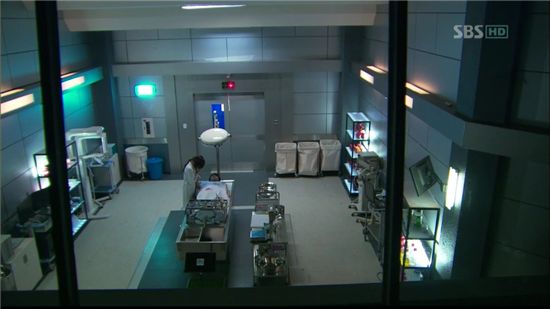 A courageous death can transform even those who lead a cowardly life. Kim Wan-tae (Jeong Eun-pyo) apologizes and helps Da-kyung with the autopsy and Myung-han (Jeon Kwang-ryeol) resigns from his post, taking full responsibility for manipulating the results of autopsies in the past. All the bad guys were punished at the end. But such conclusion does not necessarily reflect the optimism of breaking the cycle of that "repetitive history." As long as those who are grateful for being alive today continue to remember the cries made by unfair deaths, such sympathy and memory will be the key to truth and hope. We demand a re-run of the final episode even if to simply reconfirm the strong message within the drama which was drawn out by an unexpected broadcasting glitch last night -- this time either properly edited or in a directors cut version.