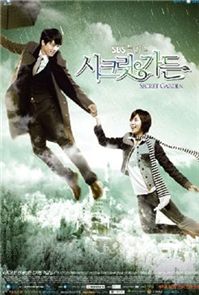 Twenty-part "Secret Garden" was one big emotional roller coaster ride. The couple who went through quite a few out-of-this-world mind-boggling experiences, returned to where they started. But in many dramas, characters turn their backs on their family for love, give up on promising futures and make irrational decisions without seeing their souls switch or go through near-death experiences. So such makes it hard to conclude that all the commotion in Secret Garden was only for love.

The same goes for the main couple who actually ended up doing nothing to change the world, aside from kissing as they confirm their love and coming to terms with their feelings. The love between the 'upper class' guy who continued to maintain his upper class status acquired through the privilege of his heritage and a woman who still could not do anything about her 'lower-class' status and who she is, while simply staying the exception she is being the only woman among her kind, was something that is very personal. Even the odd compromises the couple reaches with the rich mother-in-law who refuses to be related to them but accepts their offspring, shows the ego-centric attitude one could have for bloodlines. This only reveals that the mothers way of doing things, ignoring her old fathers new love but accepting families that come from the relationship, has not changed one bit.

Despite all this it is still hard to say the fantasy shown by Secret Garden was meaningless. Only after the wild roller coaster ride, do we truly feel grateful for the stability a solid ground offers, something we usually take for granted. The important aspect about their after-story --so they had kids and lived happily ever after - is that the drama showed a naive, yet whole-hearted faith toward the couple at the end, that even without any magic in their lives, they would continue to love each other.

The dream-train that sped fast across the coaster failed to take the couple to the land of wonders in the end but the two were able to stand firm on the solid ground, may it be the ugly reality. The truth may be simple but it also has the power that no fantasy can match -- in a love that does not need to be made complete by the fantasy of a wedding dress, past pain leaves no scars. Such is not a miracle but life itself. We dreamt a long dream this winter to realize such an honest truth.