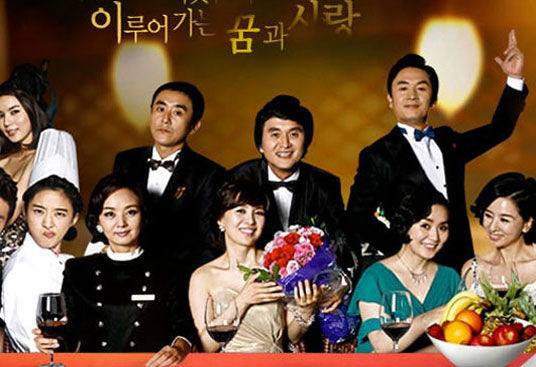 The story of the love story and dreams of a pure-hearted girl who never loses hope even in difficult circumstances.

The success of a daily drama depends on the villainous women and it has been like that for quite a while. The more cruel and explicit they behave, the more viewers fix their eyes to the screen. And unlike the heroines who, regardless of how tough and daring they are, are required to maintain at least a bit of virtue, villainous women are free to express even the vilest of all their desires and by embracing a diversity of characteristics which slip between good and evil, they influence how successful a drama will be. But they too have limits. Within the conservative world of soap opera they are destined to lose to the heroine. But this still does not change the fact that they are far more interesting than the heroines.

We meet that typical villainous woman again in new SBS daily series Pumpkin Flower". Joon-sun (Bae Jong-ok) is exactly that character who uses men for her gain and abandons even her own daughter. In the first episode we see her tossing red slips to one of the founders of her company and her own secretary, scheming to steal management rights from her mother-in-law who regards her with contempt and deliberately cuts her hand with a broken bottle to scare off the man from her past. There is nothing new here. But then, Joon-sun, instead having a man do her bidding, puts herself right into the spotlight to take full control of the company's management, making it clear that she is at the center of all desires. This characteristic opens the possibility for new progress in the female villainous character. Like the drama starts with a flashback of Joon-sun standing on a cliff ready to give up everything, it seems like the success of this daily drama will also be determined by her rather than the heroine Soon-jung (Lee Cheong-ah), the typical good-hearted and never-losing-hope character. The fact that Joon-sun's rivalry with Soon-jung has to do with a fight for business rights leaves viewers to look forward to a new kind of mother-daughter conflict.