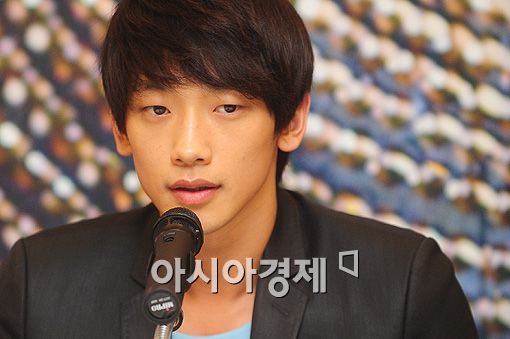 Prosecutors have launched an investigation into accusations of embezzlement made against K-pop sensation Rain, according to officials on Wednesday.

The Seoul Central Prosecutors' Office confirmed the investigation department has started looking into a lawsuit filed last week by a fabric manufacturing company which has charged Rain and other officials of his agency with embezzlement and dereliction.

Yesterday, seven shareholders of Rain's entertainment firm J.Tune Entertainment, including the singer and actor himself, was belatedly known to have been sued by the fabric firm.

The fabric company claimed that it suffered financial losses from J.Tune Creative, a fashion affiliate of J.Tune Entertainment set up in 2008, which Rain is also the main model of.

The plaintiff said it invested two billion won in the fashion firm but Rain and other shareholders of J.Tune Creative embezzled their money by falsely registering the company's stock assets worth 2.5 billion won and claiming Rain's modeling fees worth 2 billion.

J.Tune has refrained from releasing an official response, saying they are in the process of determining the facts behind the case.

Rain, whose real name is Jung Ji-hoon, is considered one of the most successful Korean stars in the entertainment business.

He has lead a popular singing career throughout Asia and has expanded his acting career into Hollywood, appearing in action film "Speed Racer" and martial arts picture "Ninja Assassin" last year.