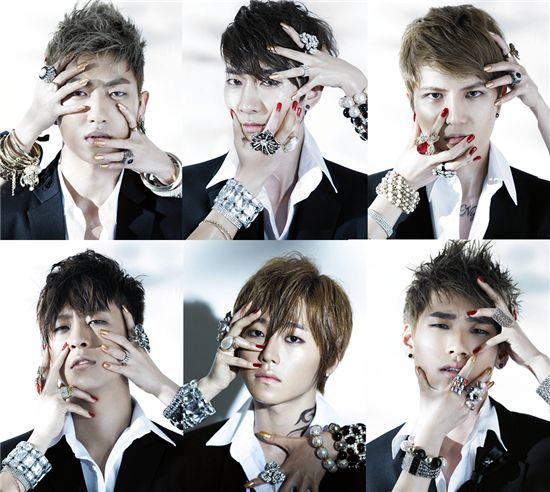 
Photos of a new six-member boy band, who will release albums under major record label Sony Music, have been revealed ahead of their debut next month, according to their agency Happy Holic.

"We at Sony Music will help and support HITT in their singing careers not only in Korea but also Asia," Andy Jones, the head of Sony Music's Asia Marketing was quoted as saying during his visit to Korea this month.

HITT, standing for 'Here Is The Top,' is formed of members Ha-yong, Jun-taek, Hyun-jun, Ho-won, Woo-ram and Jae-hoon and focuses on music genres of dance, ballad and hip-hop.

The group will officially kick off their singing careers in the country with the release of a teaser music video from their debut album "Here Is The Top" on July 4.