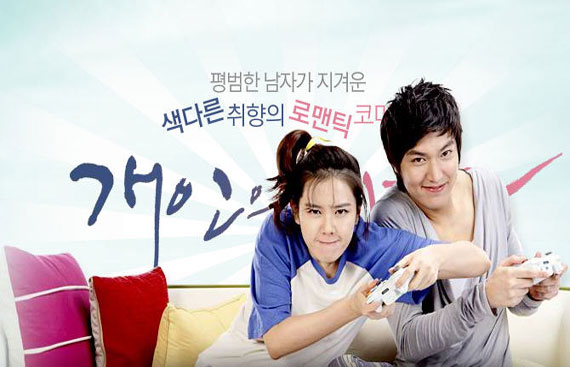 Actor Lee Min-ho, who came back to dramas after a one-year break following the KBS TV drama "Boys over Flowers", revealed his ambition of obtaining a "favorable evaluation for splendid acting" on his new MBC TV drama "Personal Preference", which will broadcast its first episode on March 31.

Jeon Jin Ho is a straight guy who pretends to be gay in order to become a roommate to his female friend, Park Kae In. His hobbies include organization and ironing, and hes known for his stoic poker face. Hes a stickler for cleanliness, but he also has a talent for figuring out womens feelings. Kae In is very trusting even though she has a habit of being betrayed. However that doesnt stop her from giving people the benefit of doubt and Jin Ho is no different. How will Kae In react when she finds out that her gay roommate is not actually gay at all and that he has fallen for her?

The drama "Personal Preference" tells exhilarating stories about two characters. An easygoing woman, Park Gae In (Son Ye-jin), wants to have a gay male friend, and a charismatic man, Jeon Jin Ho (Lee Min-ho) is mistaken by her to be a gay man. These two create entertaining stories while they are living together.

In one sentence: A woman who wants a gay friend coincidentally bumps into a man who fakes being gay. They decide to live together but later develop a romantic relationship. Premiere date: March 31, 2010, 9:55 PM

At the press conference for "Personal Preference" on Thursday, director Son Hyung-suk said that the drama is "cheerful and bright and will make you want to be in a relationship". The difference between other dramas that are premiering on the same day as "Personal Preference" is actress Son Ye-jin's portrayal of her character Gae-in. "Gae-in is unlike the other characters that I have played before in that she is fun and comical", Son revealed. The video containing highlights shown at the press conference introduced the audience to unforced, natural comedy. A series of incidents which begin with her clumsy and easygoing attitude and the mistake Min-ho's immature and idiotic work colleague Tae-hoon (played by Seulong) snowballs to create more misunderstandings which lead to the encounter and unexpected accidents between Gae-in and Jin-ho. Hence, the story may sound familiar but is cheerful and bright. In the end, "Personal Preference" falls into the romantic comedy genre but if it wants to follow in the footsteps of becoming a 'drama that makes the viewer want to be in a relationship' like "Pasta", it will have to do more with its typical storyline between a 'woman who is a beginner at love and a cheeky man'. Will "Personal Preference" become a drama which satisfies the taste buds of the general public by "allow the audience to feel happy first"?