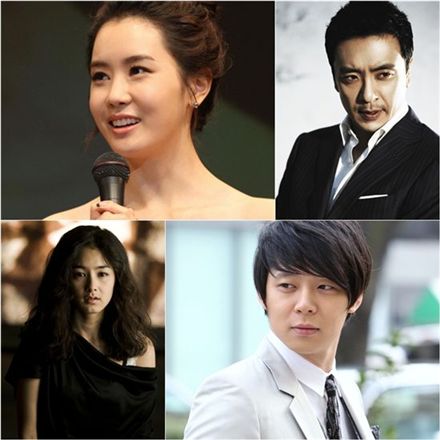 
JYJ member Park Yuchun starrer "Miss Ripley," which was pre-sold to Japan ahead of its premiere in Korea in March, has seen additional sales in Asia, according to the show's promoter 3HW on Friday.

"China and Taiwan have bought the rights for Miss Ripley' while several more places in Japan have acquired the rights for the show," an official from 3HW told 10Asia over the phone. "We also had many inquiries from other neighboring countries in Asia."

However, the official declined to comment on which broadcasters would run the show and when it will air in the respective countries.

Previously, 3HW mentioned that Park's presence has played a part in the selling of "Miss Ripley," as a former member of Asia's most successful K-pop group TVXQ and having made a successful debut as an actor as well through the hit historical drama "SungKyunKwan Scandal" last year.

The 16-part series, also starring actors Lee Da-hae, Kim Seung-woo and Kang Hye-jung, tells the story of Jang Miri (played by Lee), who, after having enough of her lowly life working in the bar, starts to lie her way up to the social ladder but is soon faced with the peril of losing everything upon the revelation of truth.

In "Miss Ripley," Park plays the rich heir of a resort that falls in love with Jang and Kim plays the CEO of Hotel A as well as the rival to Park in winning over Jang, while Kang takes on the role of Jang's close friend that sees through all the lies.

The series has been maintaining average viewership ratings in the 10 to 13 percent range against its Monday and Tuesday primetime competitiors KBS' "Babyfaced Beauty" and SBS' "Lie To Me."