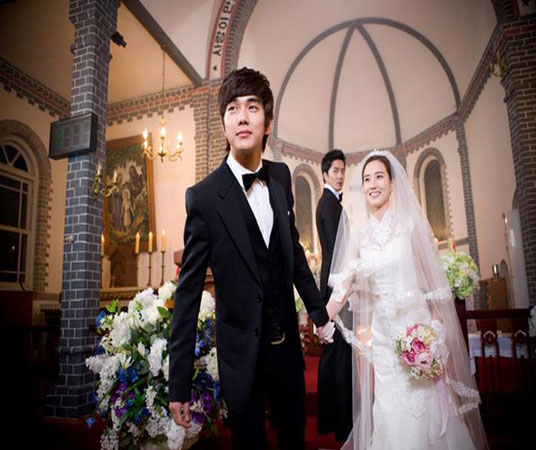 The Korean drama is based on time-travel and is about a character who gets to travel back in time to protect his 1st love.

Kang Baek Ho (Yoo Seung Ho) and Ham Yi Seul (Park Eun Bin) have been best of friends since they first met at the age of 8. They attended the same elementary school, middle school and high school. After they graduated from college and went on to work in different fields, they have still remained best friends.

On February 14, 2012, Yi Seul gets married to Jin Won (Lee Hyun Jin), a high school baseball coach Baek Ho played for. During the wedding, Baek Ho is overcomed with regret for never expressing his true feelings to Yi Seul, even though he has had 20 years.

Yi Seul's mother then asks Baek Ho to carry Yi Seul's stuff to Jin Won's car. While carrying the boxes, Baek Ho drops a box and discovers a letter. The envelope is addressed to Baek Ho from Yi Seul. Baek Ho slips the envelope into his jacket. After the wedding, Baek Ho walks over to a nearby playground. Baek Ho sits on a swing and begins to read the letter. The letter was written after they graduated from middle school. Yi Seul writes that she felt Baek Ho was a special person from the first time they met and she has liked him since. Baek Ho,overcomed by his emotions,wails uncontrollably.

A man (Kim Tae Hoon) walks over and hands him a handkerchief. The man introduces himself as a "time coordinator". He states that he can control time and space. Baek Ho, at first, thinks the guy is nuts, but with just a hand gesture the man makes everyone on the playground freeze. Baek Ho asks the man what he wants from him and the man turns his questions around to ask, "more importantly, what do you want from me?" Baek Ho tells the man that he wants to go back in time to change his present situation.

The next moment, Baek Ho finds himself in his room with the time conductor. The man gives him a small bottle of liquid and then he disappears. Baek Ho looks at some old pictures taken with Ye Seul and notices how sad she looks. He decides that he wants to make her happy. Baek Ho then drinks the liquid..