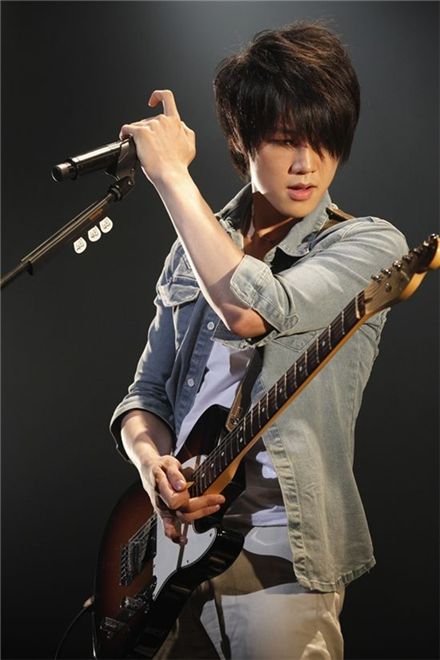 
Singer Oh Won-bin, completed his first concert tour in Japan over the weekend, according to his agency FNC Music on Wednesday.

FNC explained in a press release that Oh, who took off for his first concert tour in Japan last Tuesday, attracted a total of some 2,000 fans during this performances in the cities of Nagoya on June 21, Osaka on June 23 and Tokyo on June 26.

The latest tour which was titled "WONBIN 2nd MINI ALBUM RELEASE LIVE TOUR ~good for you~" was held to celebrate the release of his second Japanese mini-album "good for you" that hit stores the day he kicked off the concert.

"There arent too many songs of my own to perform since Ive only released two albums but I promise you that Ill keep on composing new pieces once I return to Korea. Please keep your love and support alive," Oh was quoted as saying at the concert in the statement.

Oh performed a total of 14 songs live, including his past hit tune "Cmon Girl," self-composed piece "Love Song" and "Always" which he wrote lyrics for. He also sang "Falling Slowly" and "This Time" from the soundtracks of the 2007 film "August Rush."

Oh, 21, debuted as a member of rock band FTIsland in 2007 but he left the group in January 2009 due to his difference in music style to the group and in the same year, participated in making the soundtrack for mega-hit Korean drama "Hes Beautiful."

He kicked off his solo activity by releasing his first digital single "I Love you and I Love you" in November of last year then went on to unveil his first Japanese mini-album "Cmon Girl" in March of this year.

Separately, Oh is set to appear in the new Korean primetime TV series "Heartstrings" starring Jung Yong-hwa and Park Shin-hye, which will go on air starting today. He is to play a guitarist to a school band at a performing school of arts. 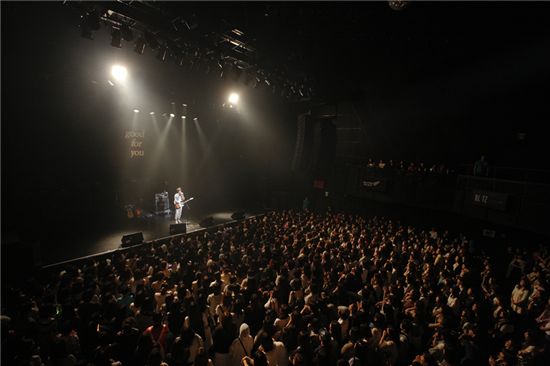 Oh Won-bin at "WONBIN 2nd MINI ALBUM RELEASE LIVE TOUR ~good for you~" in Japan over the weekend. [FNC Music]